Your cart is empty. Browse products here.
Product is not available in this quantity.

Corruption Watch is a non-profit organisation passionate about fighting corruption and holding leaders accountable for their actions. They provide a platform for South Africans to report corruption, where people can safely speak out against corruption that they experience or observe.

For the release of their 2014 Annual Report, Corruption Watch wanted to incorporate their current message, My Hands Are Clean. The campaign invites all members of the public to join the team of corruption fighters who expose corruption where they see it, but are also willing to monitor their own behaviour before holding others into account.

My hands are clean

As part of the campaign, the public is also urged to take the “lie detector test”, and to publicly announce the results as their own positive stand against corruption. The 2014 Annual Report needed to appeal to both young and old alike; with the aim to establish Corruption Watch as an active, current and credible organisation.

We identified design elements that would inform the structure and layout of the report, as well as talking to the “My Hands Are Clean” campaign. The styling is reminiscent of an early polygraph machine, complete with graph paper grids, sharp/scratchy lines and a limited colour palette. Corruption Watch is all about transparency and it made sense to keep the infographics clean and simple to understand. Visual elements were woven into the document in support of the written content. 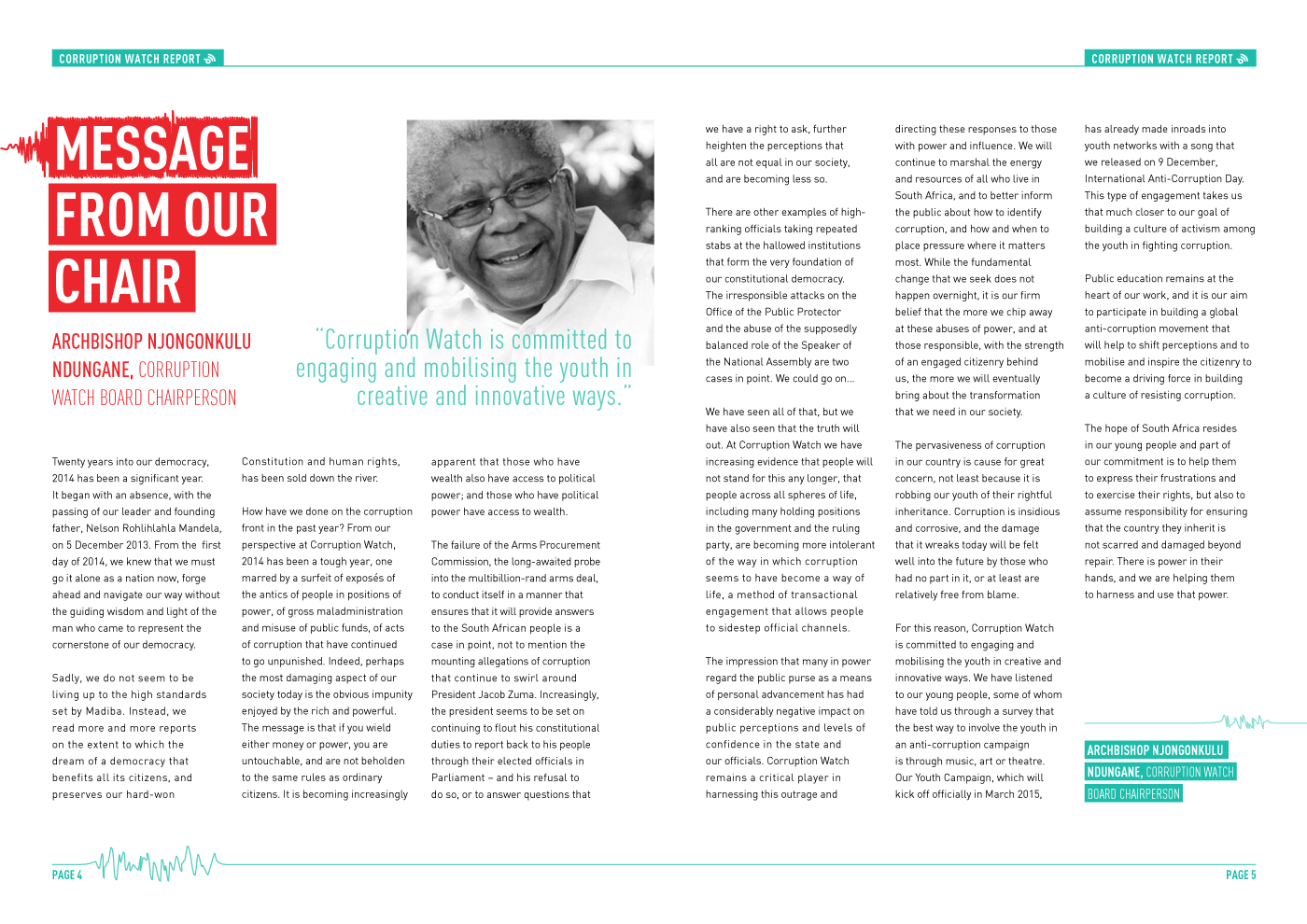 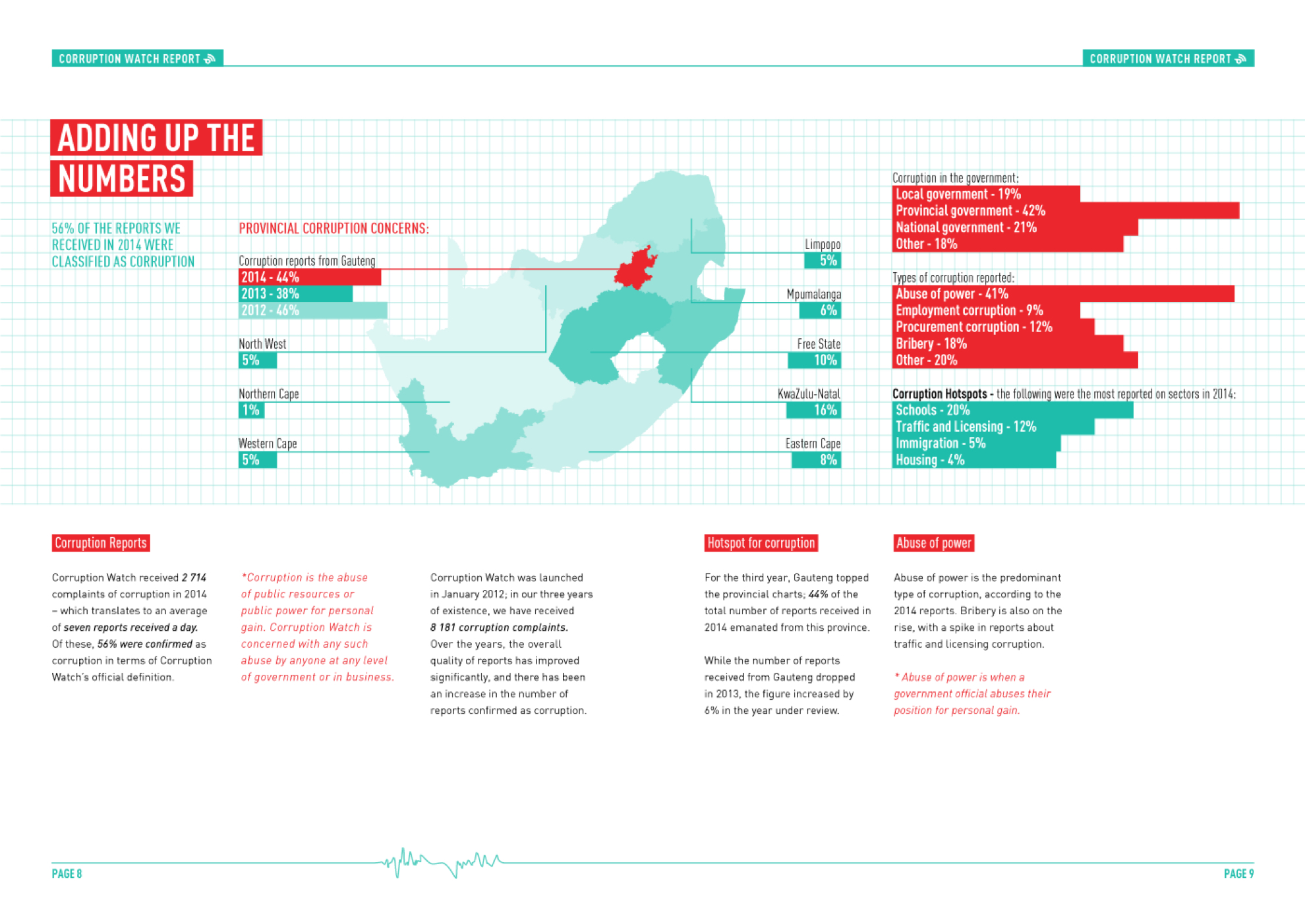 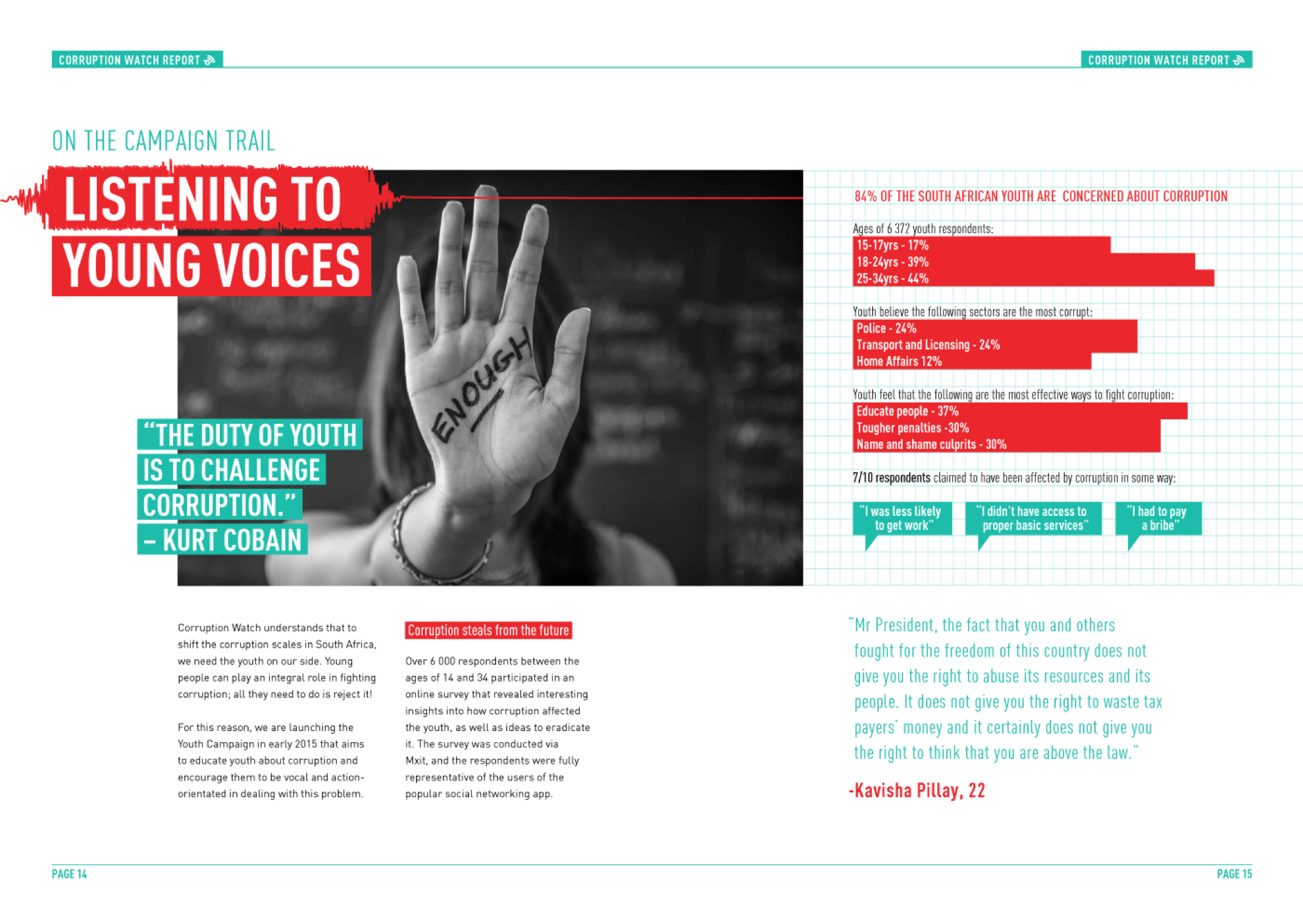 This project was was done while working at Nicework. I guess you can say this was my first 'print baby' and I'm proud (despite the one typo I know of - sorry Ross).